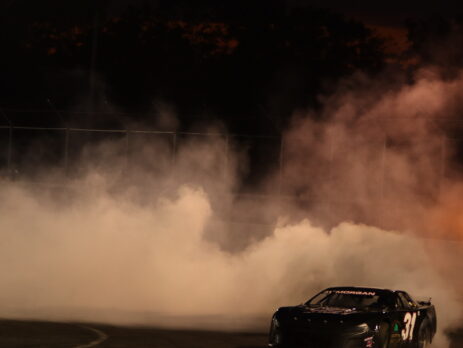 WATERFORD – When the checkered flag dropped in the 35 Lap SK Modified® feature event, then runner up Todd Owen was content with his Chassis Pro teams’ consistent results.  It wasn’t until a couple hours later when the news broke that Owen had been declared the winner after post-race technical inspection.

Dana DiMatteo took off from a third place starting position to set the pace of the event that was only slowed by one caution.  As the laps clicked off, the battle for 2nd-6th ran in a tight pack on the outside.  Owen and Anthony Flannery put some distance between themselves and pole sitter Andrew Molleur but could never chip away at the straightaway lead DiMatteo had. Some lapped traffic worked its’ way into the fold, but it wasn’t enough to alter the outcome of the race.

After a week off the Late Models were back for 30 laps. Doug Curry and Jordan Hadley led the field to green and dueled side by side for three laps, when 4th place starter Ryan Morgan powered by each of them on the outside. While Morgan was busy extending his lead in the first 29 caution free laps, Ray Christian III was working his way towards the front from a 7th place starting position.  Christian worked his way to about 3 car lengths behind Morgan when the caution flag flew on the last lap for a spin that left a car in the racing groove.

On the ensuing green-white-checkered finish, Morgan chose the top line against Christian and was able to clear him going into turn 1. Defending Champion Jason Palmer who seemingly came out of nowhere took advantage of the restart to dive into 2nd place at the end. Morgan crossed the line ahead of the action to score his first win of the season.

One week ago, the Street Stocks couldn’t seem to get into a rhythm.  A lot of drivers spent a lot of time in their shops with their teams preparing for this week’s race.  One of those drivers was celebrating in victory lane after leaving the track in a ball of sheet metal the week before.  Jake Coutu led the first few circuits, when a near 3 wide bid by Aaron Plemons for the lead opened the door for Shawn Gaedeke to make a high side pass.  Gaedeke, Plemons, and Brian Norman paced the field until the first caution flew with 6 to go. Gaedeke found himself in the middle 3 wide surrendering the lead back to Plemons.  One final restart with 4 to go put Norman outside of Plemons, but it wasn’t enough to get the advantage. With the white flag in the air, Norman made one last bottom shot move out of turn 4 to win his second race of the season.

SK Light rookie Zack Sangermano started the day strong winning his first ever heat race. He would carry that momentum into the feature event leading 24 of 25 laps to win his first ever feature event in his young career.  Sami Anderson led the first lap of the event but contact on the following lap between Anderson and Ethan Durocher spread out the field in this caution free event. Eventual runner up John O’Sullivan III was only able to reel in up to Sangermano’s rear bumper but ran out of time to try at the top spot. The pair had a straightaway advantage over third place of Jake Hines.

Ed Ryan Jr scored his second win in the Trucks, after rebounding from a few weeks of bad luck sidelined the team. Ryan got the jump from an outside pole starting spot against Andrew Morin not once, but twice, after an early caution. Ryan cleared Morin quick and led 24 of 25 laps, with runner up Tyler Chapman breathing down his neck by races end.

Brody Monahan won his fourth INEX Legend Car race of the season, rocketing into the lead on lap 5 and winning by a 4.5 second margin over runner up Riley Paul.

The Speedbowl is back in action on Wednesday July 20th, and again next Saturday July 23rd for a 7-division show headlined by a 20/20/10 Lap Legend Car event and anchored by our third Compact Enduro. Keep up with us at www.speedbowlct.com, on Facebook at The New London-Waterford Speedbowl, or on Twitter @SpeedbowlCT. 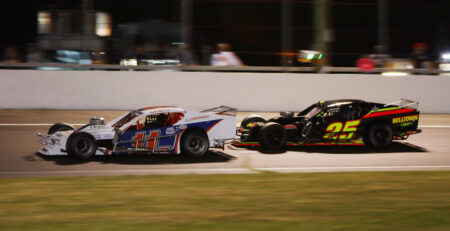 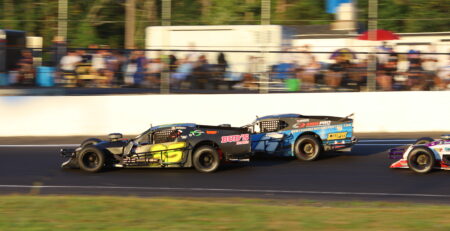 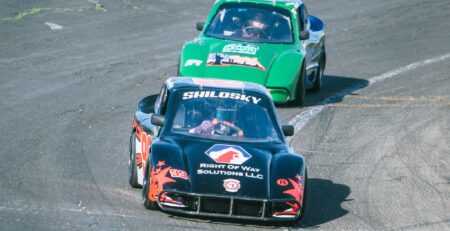 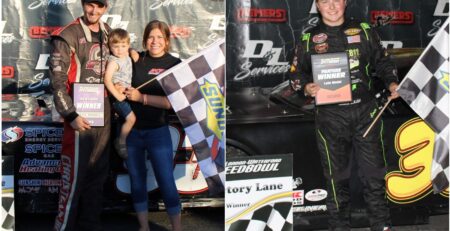 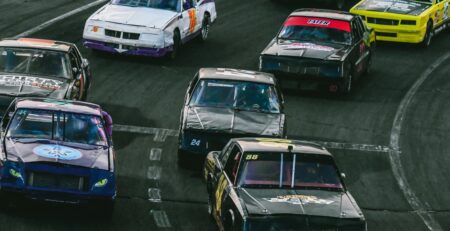 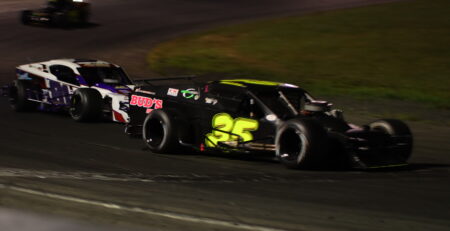 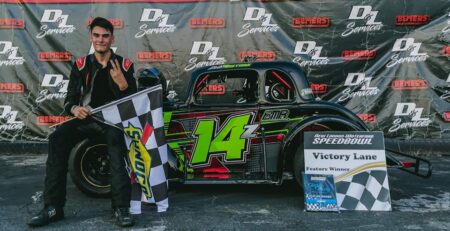 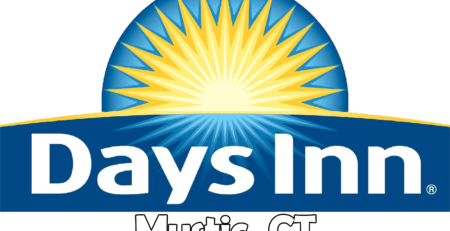