WATERFORD – Jason Palmer has enjoyed many dominating performances in the Late Model division at the New London-Waterford Speedbowl.

The 30-laps of brilliance he put together Saturday, however, was at the top of his all-time performance list.

“I have never had a car go that well for 30 laps,” said Palmer, who pulled away from Ray Christian and the rest of the field to grab his sixth win of the season Saturday. “We put new tires on tonight and it made a big difference.”

Palmer’s 82nd career Speedbowl victory was just one of the highlights on Saturday’s race program.

Joshua Martin survived a 24-car Enduro field, and a couple of red flags along the way, to capture a 50-lap victory.

Palmer’s Late Model win, however, was one of the night’s stellar performances. He started the race in fourth place, but moved up to second when a yellow flag came out on lap 13.  He buzzed by Ray Christian on the restart, and then blistered by him again on a restart one lap later to move in front for good.

Christian, who said his car wasn’t as good as Palmer’s was, took second and Charles Bailey III was third.

Palmer has 29 career Late Model wins and stretched his point lead to 8 points over Christian.

Curry, meanwhile, was overcome with emotion after winning for the first time since moving up from Mini Stocks to Street Stocks.

“I’ll tell you what,” Curry said. “I can’t tell you what this means. I didn’t think I would make it in this division. You have to drive differently than you do in the Mini Stocks.”

Curry grabbed the lead midway through the 35-lap feature but lost the top spot to Al Stone on a restart. Curry was able to jack-rabbit out in front and keep the lead.

“We didn’t have the best car tonight,” Curry said. “But we hunkered down this week and finally got it together.”

Curry, who had six Mini Stock career wins, jumped from sixth to third place in the standings.

R.J. Marcotte whirlwinded past Jake Hines on the opening lap and led the rest of the way in a 25-lap SK Lite Modified feature  that had no caution flags.

“We’ve had a lot of bad luck recently,” said Marcotte, a rookie driver who has two wins. “It was nice to turn it around tonight.”

Jason Chapman was in second for most of the race but didn’t have the voltage to get by Marcotte.

“Both cars were wicked fast,” Chapman said. “If I could have gotten by him and grabbed the lead, it might have been a different story.”

Tommy Silva bounced back from his worst effort of the season — sixth place — to grab his fourth win of the season, holding off the all-time Mini Stock win leader, Ken Cassidy Jr., in order to get it done.

“We made an adjustment and the car was over-tight,” Silva said. “That made me drive differently than I usually do. I used the bottom of the track more and it seemed to work.”

Cassidy attacked, but couldn’t dig his way underneath Silva.

“But this was a lot of fun,” said Cassidy, who jumped into Curry’s Mini Stock because the Truck division was idle. “I hope I can do it again sometime.”

For the second straight race, Jordan Churchill struck early pulling away from the field on the opening lap. In the 20-lap Legends race. No one had an answer.  Jordan has three Legends wins but is in third place in the standings, 59 points behind leader John O’Sullivan.

Josh Martin didn’t make a move until late in the race, but was able to springboard past first-time competitor Ryan Fernold to get the Compact Enduro win.

Racing resumes Wednesday with the return of Wild and and Wacky Wednesday. The Super X-Cars, X-Cars, Legends and Bandoleros will be in action along with the American Vintage Modifieds and the Vintage Midget Racers. 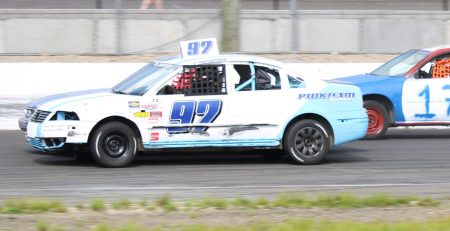 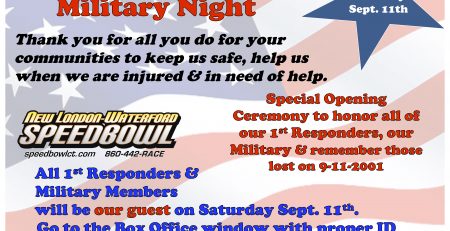 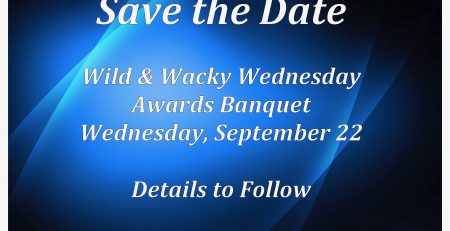