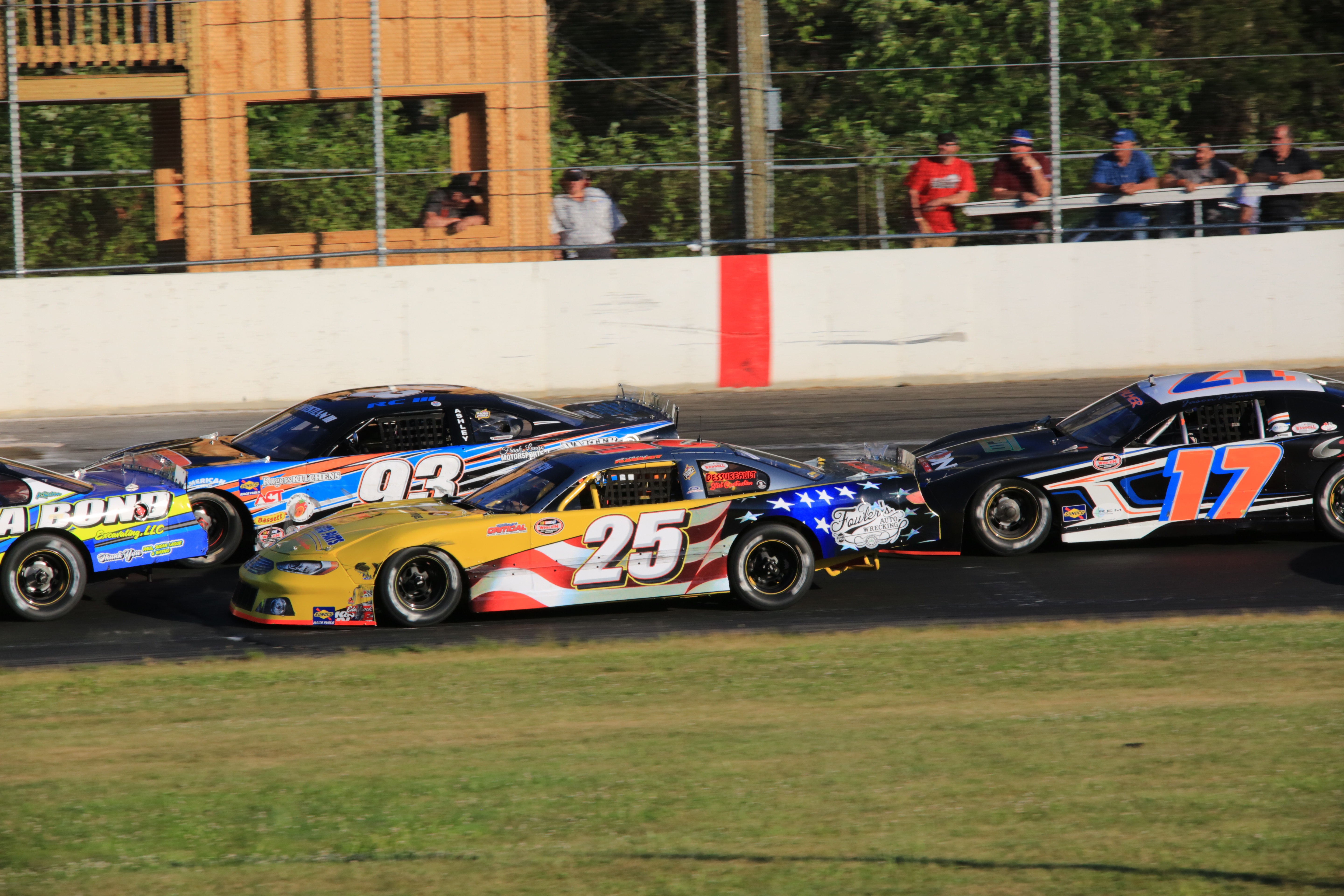 The Late Models are the oldest division out of the current weekly divisions at the Speedbowl, starting out as a low budget alternative to the Grand American division called Street Stocks in 1977.  By 1980, the Grand Ams were dissolved and this division was renamed Super Stocks & became the 2nd tier division under the Modifieds, where they have remained ever since.  From the mid-1980’s to the mid-1990’s, the Speedbowl Late Models were one of the most entertaining divisions throughout the northeast.  In the middle of the 1999 season until the 2000, they were known as the American Challenge Series while the Truck Division from Riverside Park Speedway (closed after 1999) were allowed to compete in the division. They currently run under the American-Canadien Late Model Tour (ACT) rule package, which became legal at the Speedbowl in 2004.