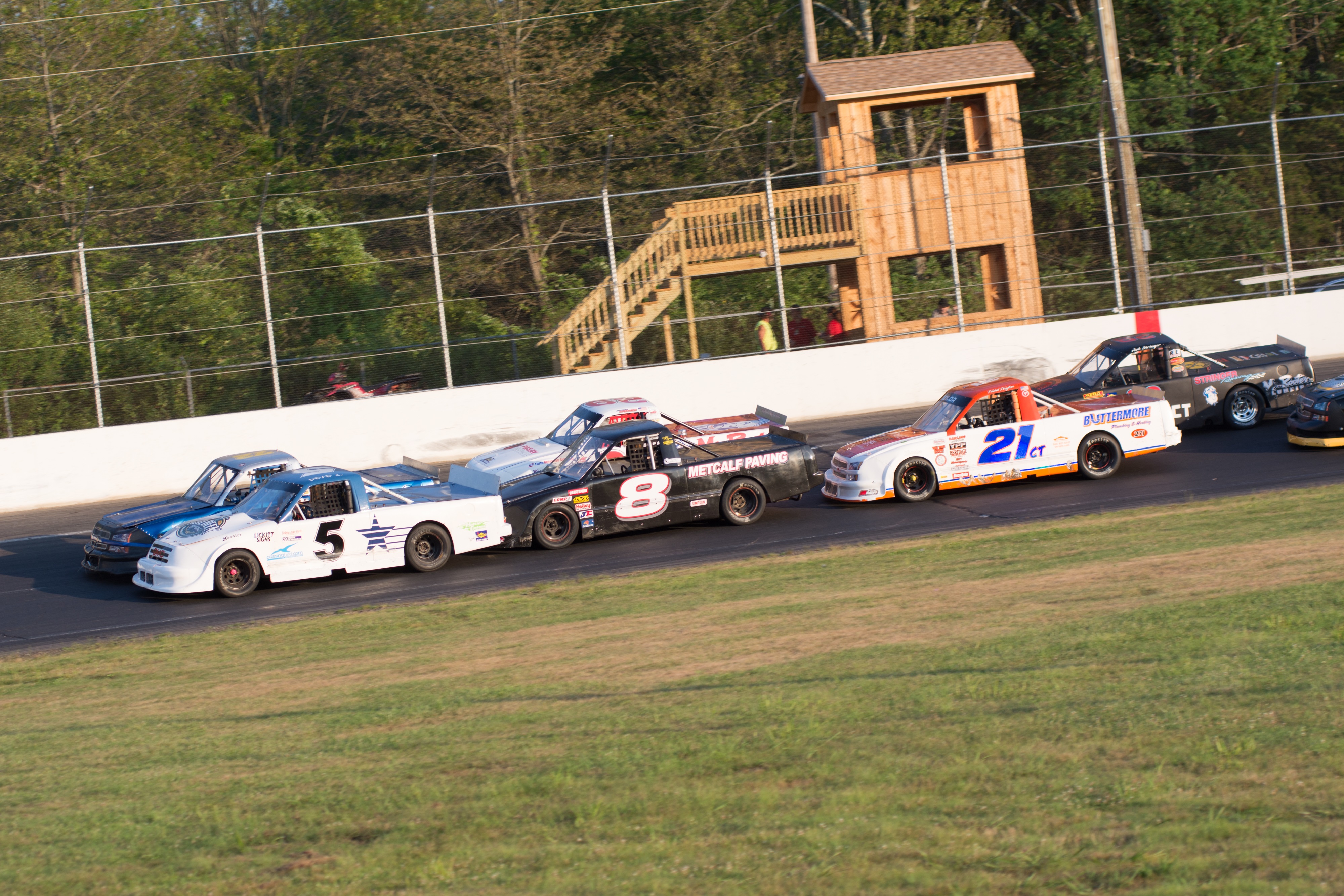 There have been many versions of trucks at Waterford over the years – mainly as a regional touring series.  When it debuted in 1997, it was a regional series called American Race Trucks that ran all of its Speedbowl events during the Thursday Night Thunder Series and then the Sunday Spectacular Series (1998-2000).  In 2003, the series was renamed All-Star Race Trucks and usually ran 4-5 events annually at Waterford.  In 2009-2010, the Speedbowl no longer hosted the ARTS events and had it’s own truck division that ran events on both Wednesdays and Saturdays.  In 2011, the track went back to hosting the regional series, which was now called the New England Truck Series.  Then in 2016, the Speedbowl began holding events under both the NETS banner and a Speedbowl points system simultaneously. By 2018, the Speedbowl returned to only holding Truck events for its own semi-weekly point division.