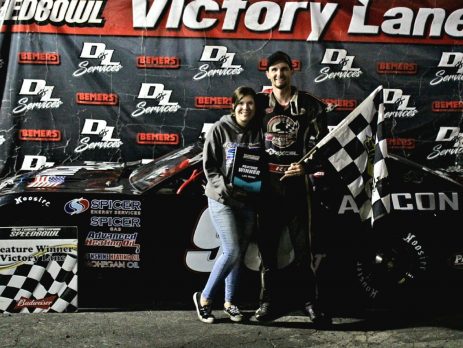 The weather forecast was less than favorable with rain threatening the New London-Waterford Speedbowl area, but after a brief shower during practice the rest of the night went off without a hitch. Ray Christian III took home the win and the big check in the 50 lap Late Model main event. Defending champions Todd Owen and John O’Sullivan made their ways back into the winners’ circle in SK Modified® and Legend Car divisions. Brian Norman, Ed Ryan Jr and Michael McCarthy all captured their first career wins in the Street Stock, Truck, and SK Light divisions, and Ryan Lineham was awarded the win in the first Open Street Stock race of the season.

Prior to the season starting, Ray Christian III was having a rough go of things during open practice sessions. He overcame all adversity once the green flag flew and dominated one of the biggest events of the season for Late Model racing at the shoreline oval. Christian took the lead away from pole sitter Doug Curry by lap three but would lose it to Jordan Hadley after the race got off to a rocky start. Charles Bailey III, Paul Newcomb, and Tyler Tomassi would get into trouble in turn 3 ending all of their nights on lap 10. Hadley set the pace over the next couple restarts, but it was in those restarts that gave Christian the opportunity to wrestle back the top spot from the outside groove. The remaining 40 laps would click off the scoreboard with no further hiccups, and Christian would walk away from the field. Defending Champion Jason Palmer was on the attack but used up his equipment and couldn’t reel in Christian after he passed Hadley with 15 to go.

Todd Owen would put on a clinic in the 35 lap SK Modified® feature event and do so even after his radio communication had failed. Owen said by lap 4 it was radio silence so he just took off, not knowing where runner up Andrew Molleur was on the track. Last weeks winner Eric Berndt would be the only driver to not be able to finish the race, exiting on lap 4. The rest of the race would run clean and green with the ground pounders rolling around the high side.

There was double the amount of Street Stock racing with Brian Norman winning the NLWS race, and Ryan Lineham being awarded the win in the Open race. Norman led all 25 laps to capture his very first Street Stock win, going unchallenged by last weeks feature winner Shawn Gaedeke. The Open race brought together cars from New Hampshire, Seekonk, and the ‘bowl. While the racing was fairly competitive, it was slowed down by a few parts failures leading to incidents taking out competitors like Adam Coutu who was able to walk away from a hard hit coming out of turn 4, rookie Ike Chima who made contact with the wall after a tire went down and collecting Christopher Buffone. Winner Ryan Lineham made several attacks on race leader Jimmy Renfrew to no avail, but it was in post race tech where Lineham was made a winner. The victory gives him a guaranteed starting spot for the Northeast Street Stock Championship during Smacktoberfest.

The SK Lights got off to a rough start with a few rough incidents taking out six cars before the completion of lap five. Michael McCarthy who has a few heat race wins under his belt was able to hold off back-to-back winner Tom Abele Jr to lead all 25 laps of this event. This marks his first career win in both the SK Lights and the Speedbowl.

One week ago, Ed Ryan Jr was sliding down the back straightway with his drivers side door down, but this week he would duel back and forth with Andrew Morin in an intense side-by-side battle to score his first career Truck win.

Defending Legend Car Champion Johnny O’Sullivan would get out to an early lead and hold off last week’s winner Brody Monahan to take his first checkered flag of the season.

The Speedbowl is back in action Wednesday June 1st for Wild ‘n Wacky Wednesday, and again next Saturday featuring the SK Modifieds®, Late Models, SK Lights, Mini Stocks, Trucks, and the first Compact Enduro of the season.

Keep up with us online at www.speedbowlct.com, on Facebook as The New London-Waterford Speedbowl, or on Twitter @SpeedbowlCT. 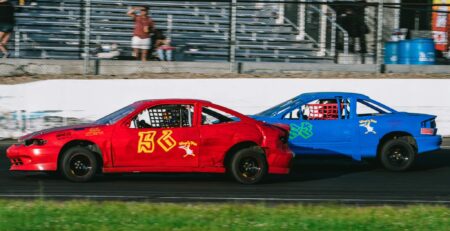 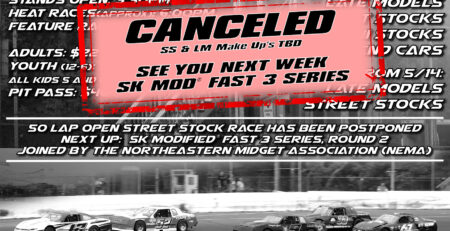 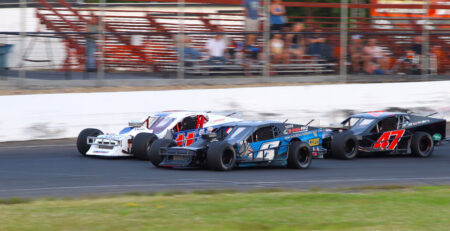 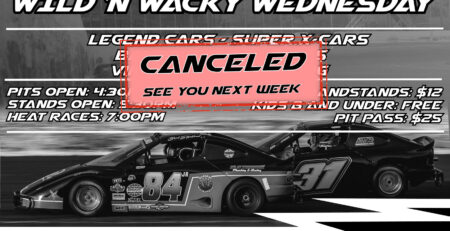 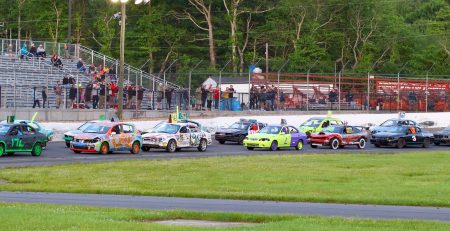 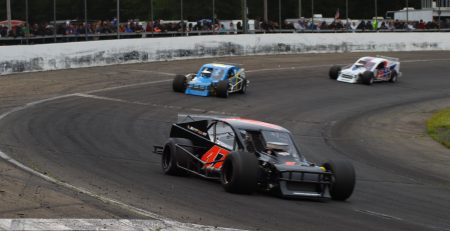 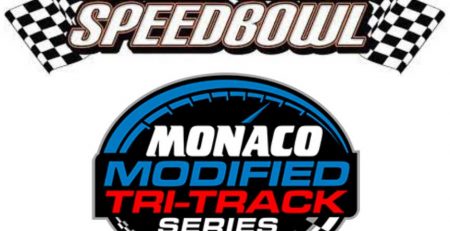 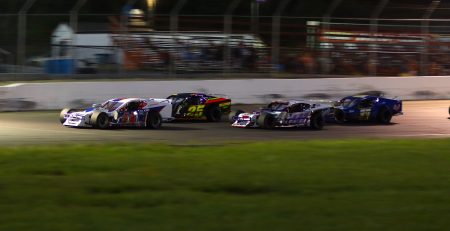 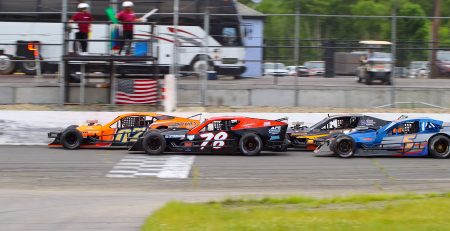