For immediate release from the New London Waterford Speedbowl

WATERFORD — Four drivers had an opportunity to celebrate Wednesday after clinching Wild & Wacky Wednesday championships at the New London-Waterford Speedbowl.

Dave Yardley wrapped up the Super-X car crown with a second-place finish. Pete Zaikarite, by virtue of his fourth place run in the X-Car feature, put a padlock on the X-Car championship.

Isaiah Newcomb led from start to finish in the 25-lap INEX Feature to nail down the Legends title. The closest battle was in the Bandoleros where Milana Shilosky finished third and wound-up tying race winner Brad Strickland for total points, but the tiebreaker went to Shilosky, 5 wins to 4.

The race winners in the season finale were Ben Pollard in the Super-X cars after a disqualification to Devin Tate, Ryan Magliano in the X-Cars, Strickland, and Newcomb.

Yardley came out breathing fire in the Super-X car main event, storming into the lead, He eventually was overwhelmed on the outside by Tate, who won the race, but was disqualified in post race technical inspection. Pollard was moved up to the winner’s circle.

Yardley said he has no sponsors to thank because he pays for everything himself.

“I guess I have to thank my wallet,” Yardley said after pocketing his second Super-X car title of his career.

Magliano pounced to an early lead and held off defending champ Chuck McDonald to dominate the 25-lap X-car race.

I never thought I would get a win so soon, especially after we wrecked the car the second week of the season,” the rookie driver said.

Zaikarite roamed his way through the field to finish fourth, giving him a 26-point winning margin over MacDonald.

“I just have so many people to thank,” Zaikarite said. “The car has been fast all season.”

Newcomb came into the final Wednesday Legends race trailing Zack Martinez by one point. So, he left nothing to chance. Newcomb, starting on the outside pole, got the jump on Zack Martinez and dominated every lap to win the race and the championship.

Shilosky needed to finish at least third to tuck away the Bandolero crown. She battled Trenton Starkweather lap after lap for second, with Starkweather prevailing by a molecule at the stripe.

Strickland took off at the start of the race and won by about the length of a school bus to tie Shilosky in points. But he fell one win short.

“It was our goal from the start of the ear to go for the championship,” Shilosky said. “And tonight, we pulled it off.”

Racing resumes Saturday with Thunder on the Sound. 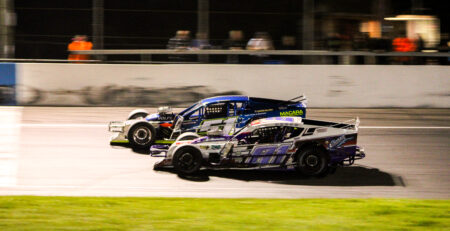 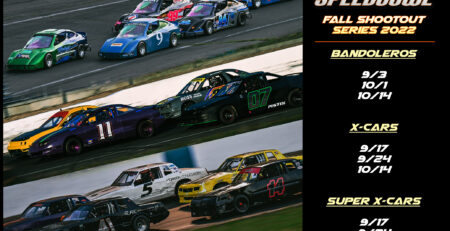 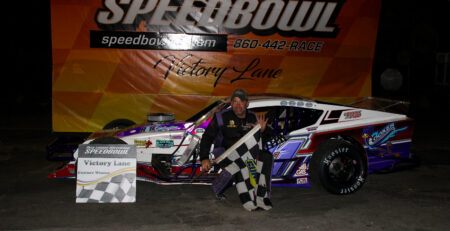 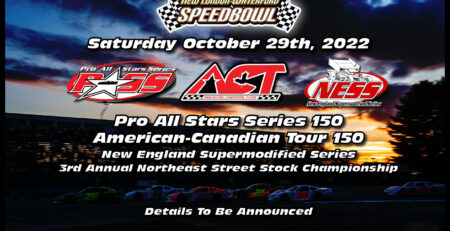 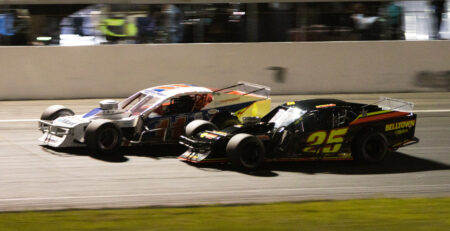 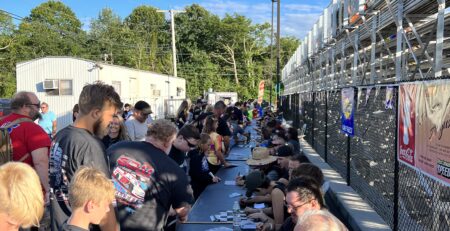 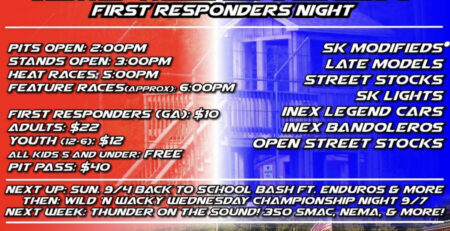 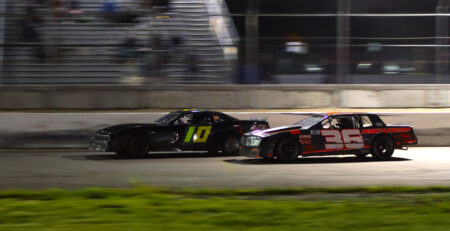