WATERFORD —Sometimes drivers have to battle hard to take the lead.

Sometimes, however, the lead comes to them. That was the case for Todd Owen when he won the opening Fast Five 50-lap SK Modified event at New London-Waterford Speedbowl Saturday.  Owen was in third place, trailing front-runners Keith Rocco and Mike Christopher Jr., with 17 laps remaining, but was in no hurry to make a move.  “Patience was the key,” Owen said. “I had a good car, but there was no reason to push it. I was watching the leaders, and I figured if the leaders took each other out, I could get the lead without passing a car. That’s the best way to do it.”  Owen’s hopes turned into reality when Christopher and Rocco got together between Turns 1 and 2, enabling Owen to inherit the lead.  Cory DiMatteo seized the lead from Owen a few laps later on a restart, but Owen quickly got it back en route to his first win of the season, worth $3,000.

Owen’s win was just one of the dramatic highlights during Saturday’s action. Jason Chicolas held off Ryan Waterman and Al Stone to win the 25-lap Street Stock feature. Tommy Silva was a runaway winner in the 25-lap Mini Stock feature.  Jason Palmer won the 30-lap Late Model feature the hard way — by slashing underneath Ray Christian with 10 laps to go.  Wayne Burroughs Jr. was able to navigate his way though a wreck that involved half of the field to take down the 25-lap SK Lite Modified feature. Rob Richardi grabbed the 25-lap full-power Pro 4 Modified feature and Rob Goodenough won the Limited feature. Jordan Churchill captured his first 20-lap Legends race of the year.

Owen was a third place car for most of the Fast Five feature until the Rocco-Christopher skirmish knocked both drivers out of contention and lifted Owen into the lead.  DiMatteo got the jump on the restart, however, but Owen was able to jack-knife underneath him one lap later.  “Cory made a good move,” Owen said, “but fortunately we were able to get the lead back. Our car was hooked up tonight.”  Joe Gada moved into second in the non-points race and Tim Jordan, the defending champ, was third.

All season long in the Late Models, Palmer has been dominating by taking the outside lane on restarts. On a lap 20 restart, however, Christian, the race leader, elected go take the outside groove and force Palmer to start on the inside.  As it turned out, it didn’t matter where Palmer started. He buzzed by Christian on the inside, and then used the outside groove to his advantage on two subsequent restarts to grab his 79th career victory at the Speedbowl.  “Maybe my car is good on the inside and on the outside,” Palmer said. “I have to figure it out. But on that first restart, maybe Ray missed a shift and I was able to get by.”  Christian was second and Glenn Boss finished third.

Midway through the SK Lite Modified race, a multi-car wreck blocked the track between turns three and four.  Burroughs, the defending champ, however, was able to find safe passage. He made a Houdini-like move to bob and weave through the accident to move into the lead. Then he pulled away from rookie R.J. Marcotte to grab the win. Marcotte passed Ethan Durocher on the final lap to grab second.  “I have to give the credit to my spotter,” Burroughs said. “He guided me through the mess.  “We have a lot of young drivers in this division and they’re still learning. There are going to be wrecks, and you have to be on your toes to avoid them:”

There was an awesome battle in the Mini-Stock feature — for second place.  Silva started seventh, but was able to move up four positions on the opening lap. He kept on moving up to take his second win of the year. Mark Panaroni, in his season debut, was second and Chris Garside was third.  “The car was stout,” Silva said. “The rainout we had last week paid off. We had two weeks to work on the car and it was awesome tonight.”

Chicolas was put into the pressure cooker with four laps remaining in the Street Stock feature. A late restart put Waterman alongside him and Stone behind him. One wrong move and Chicolas could find himself out of the lead. His restart was flawless, however, and he pulled away from both drivers.  “I knew I had to get into the corner before they did because I was good coming off the turn,” Chicolas said. “As long as I beat them into the turn I would be okay because I wasn’t so good going into the turn, but I was good coming off.”

Richardi was in second place for the early part of the Pro 4 feature. The car went from sluggish to solid on a restart against Ryan McPartland, lifting him to the overall 25-lap victory. Second in the division went to Braydon Mesverey, a 13-year-old making his debut. Goodenough was second overall and first in the Limited division.  “Ryan McPartland had the better car,” Riccardi said. “There was only one way I could have beaten him — on a restart, and that’s what I did.”

Racing resumes Wednesday with Wild and Wacky Wednesday, starting at 7. In addition to the Super X-Cars, the X-Cars, the Legends and the Bandolero’s. The Vintage Modifieds will be kicking off a four-race series. 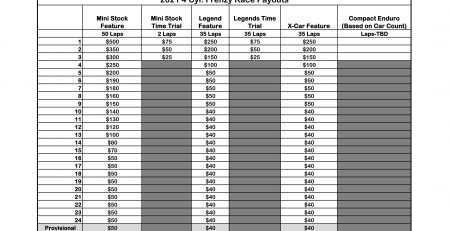 This Saturday is sure to be exciting! The Mini Stocks, Legend Cars, X-Cars and 4-6 cylinder Enduros take to [...] 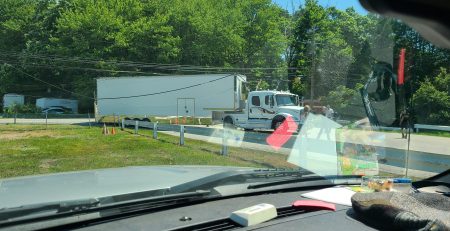 Attentions, teams, fans, employees!! Due to wires down in front of the entrance to the track we will be [...] 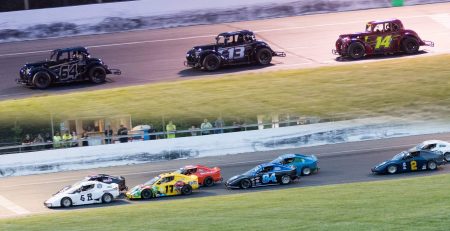 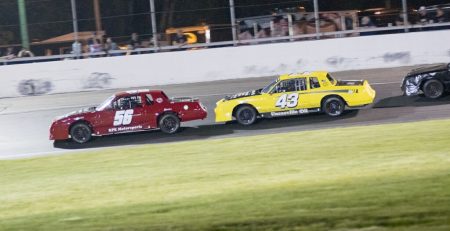 Rivalry Week at the Speedbowl

It is Rivalry Week at the Speedbowl for “Meet the driver” segments. Wednesday 6-2 will feature a father and son [...] 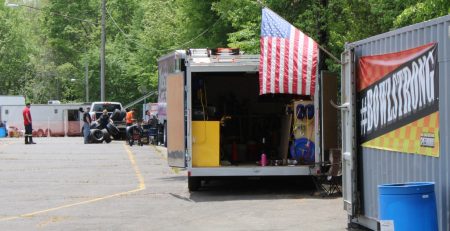 Thank You For Your Service

Today we reflect and remember all of our service men and women who gave everything for our freedoms. Thank [...] 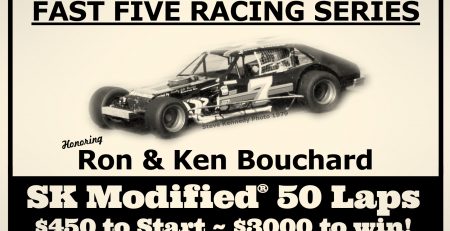 Unfortunately, Mother Nature is not cooperating with us today.  The SK Modified® Fast Five Racing Series Race 1 has [...] 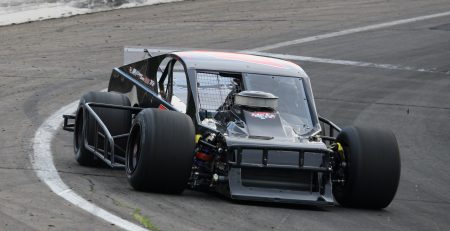 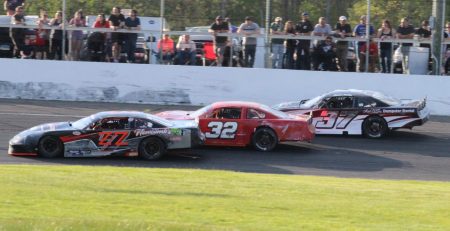 The NLWS Weekly Racing Series is back with a 7 race card featuring the SK Modifieds®, Late Models, Street [...] 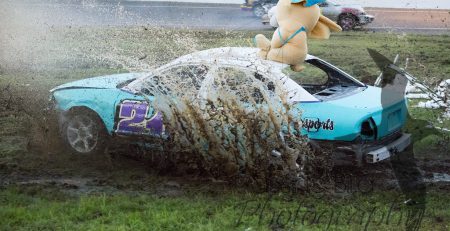 Don’t forget this Sunday is our Spring Smash Enduro event! Catch three separate Enduro races including an all new SUV/Truck [...]